The ball – round and colourful

It’s lying there – in the grass. Round, colourful and always ready to roll away. The ball!
Its appeal is unbeatable, regardless of a person’s age.

In childhood the ball plays a big role in our development. At first children learn to play catch, then their interest in its shape and character is awakened. When it rolls away for the first time the child quickly realises that this little “thing”, which encourages movement, can be a lot of fun. And then they’re off! Follow it! 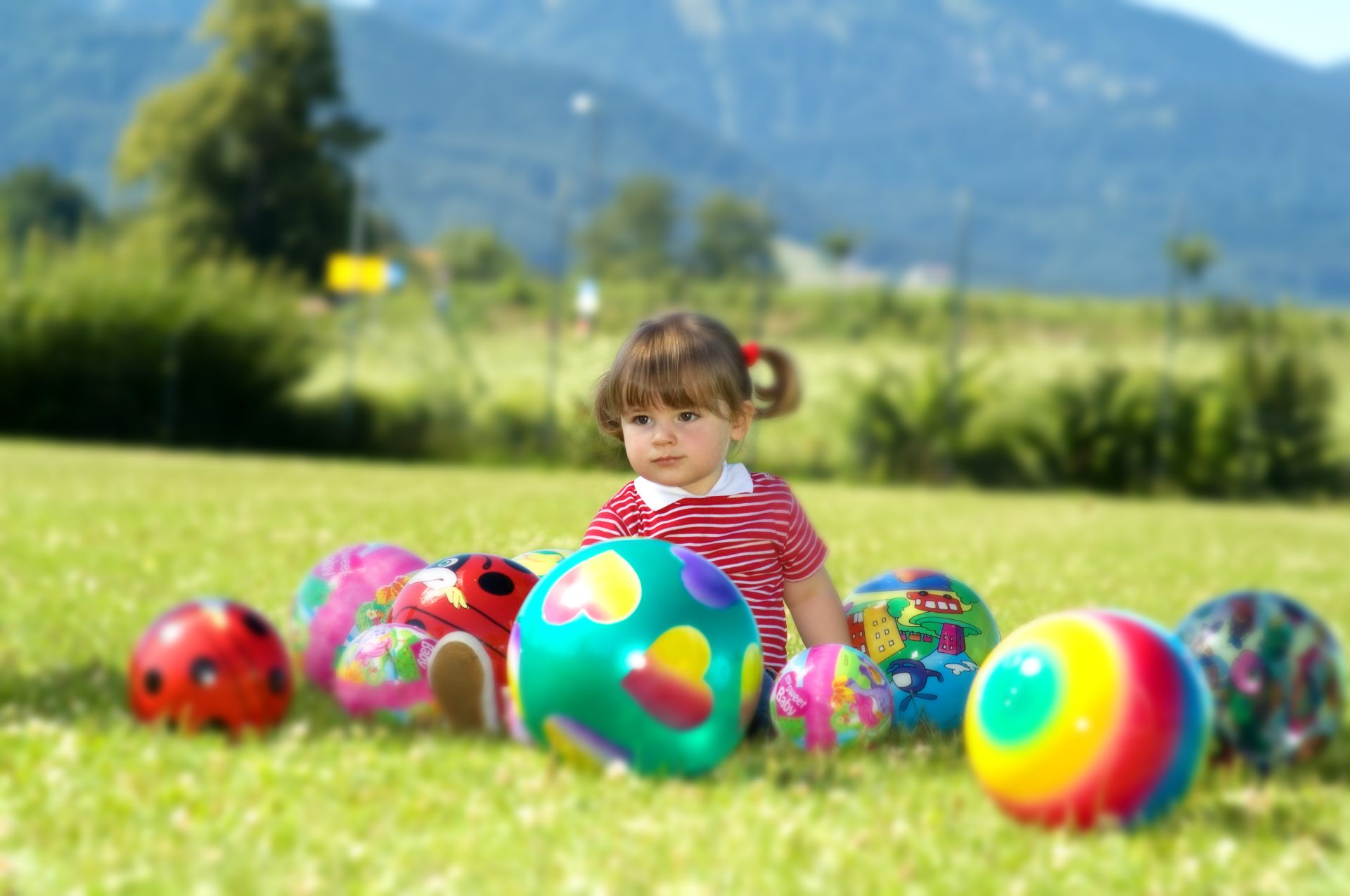 You can push, kick, roll or bounce it, roll over it, catch it or hit it with things – alone or with a friend!
The possibilities are endless, which is why just about every child loves playing with balls.

All of this encourages and trains motor skill development in many different ways.
Whether volleyball, basketball, football or other ball sports, endurance is improved and the cardiovascular system is trained. There is an almost constant alternation between exertion and relaxation, or movement and breaks, which is similar to interval training. As well as this, coordination is improved, which naturally also carries over into everyday life.
It also improves reaction speed and the ability to adapt, and the child gets a feel for rhythm, orientation and balance. In addition they learn to estimate the movement of a ball and adjust their own movements to match.

The child is not aware of all these benefits, they’re too busy enjoying an exciting and fun ball game with their friends or team.

Although ball games are not always in a team (e.g. tennis), many bring children together in groups. The focus is on playing together, not against each other. Based on their abilities, each player has a fixed position in the team,  and feels valued for their contribution. In a team successes are twice as nice and defeats not nearly as bad.
A ball game is more than just a game with a ball, it is also plays a key role in the social development of children.

More safety for your patients when sitting and training on an exercise ball
25. October 2017