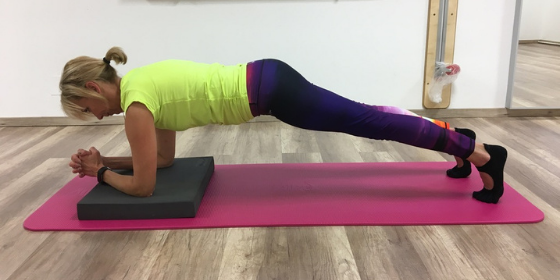 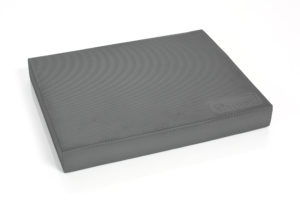 Training on the TOGU® Balance Pad Premium is more intensive than on a flat floor and trains especially perception, stimulus processing and stability. Movement sequences are better memorized and often more harmonious through continuous training. Balance training emphasizes strength and sensorimotor skills, which, simply described, represent the interplay between neural pathways (sensory) and motor (motor) response via muscles, tendons and ligaments. Training forms an important component of fall prevention. However, it should also be used at a young age as prevention and for specific training of balance in various positions in training. All exercises should first be tried out on the floor. If this goes well, the wonderful TOGU®Pad can then be used as an enhancement on unstable ground.

First, start with a small warm-up routine. For example, get on and off the pad, etc.

You don’t always have to make all movements more difficult, it is often enough to change them.

– Disturbance by partner or instructor from outside

– Look to the hand, upwards, downwards

– Eye movements, out of the corner of the eye or wandering with the eyes

– Toe stand, with eyes closed, with source of disturbance, in step position

– Rotation in the upper body with or without arm movements

– One leg stand with or without arm movements etc…. 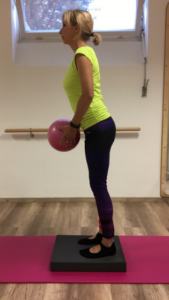 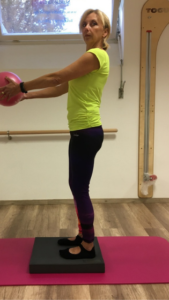 1. Step onto the pad and, with the body upright, shift the weight forward and backward. Then practice the movement to the side. 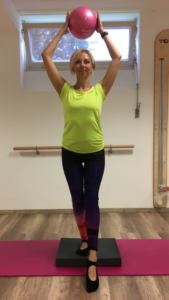 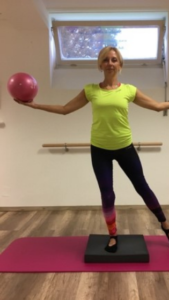 2. Tap forward, to the side and backward. When tapping backward, the upper body moves slightly forward, like a standing balance. Then tap forward again and open the Redondo®Ball over the other hand. 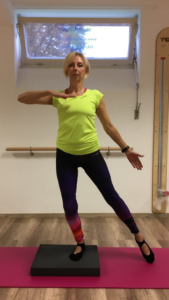 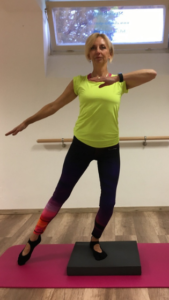 3. coordination and balance: ascending and descending, taking the opposite thumb to the sternum. 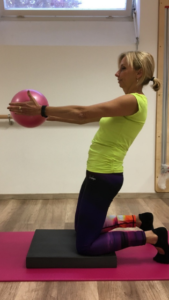 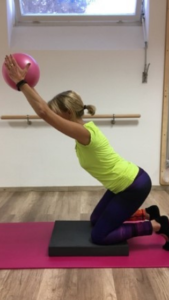 Genial is especially with knee problems both or one knee to put on the pad! 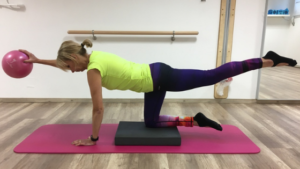 5. Hold the Redondo®Ball with the left hand and lift the right leg, the foot can also be put down. Repeat several times, then change sides. 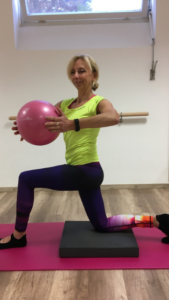 6. Place the right leg forward and the left knee on the pad. Hold the Redondo®Ball in your hands and rotate from the waist up to the side. Repeat three times, then switch sides. 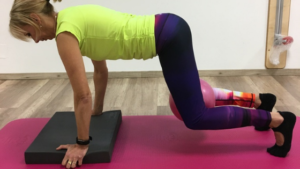 7. Place the hands on the outside of the pad and point the fingers downward. Clamp the ball between the knees and lift the knees with the back and neck stretched. Press the ball exhaling.