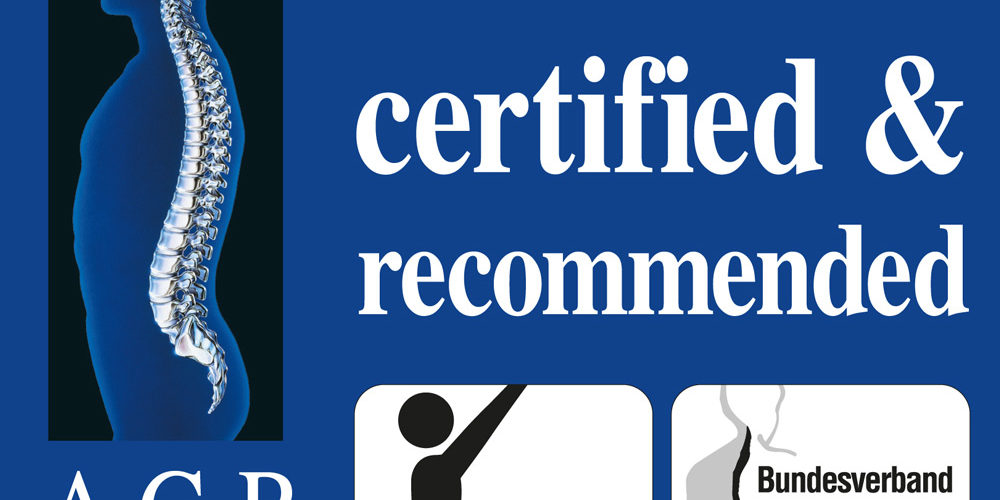 From April 9-12, TOGU will once again be presenting its range of air-filled training and therapy equipment at the FIBO 2015. Amongst the highlights this year is the Actiroll® Wave, the first air-filled fasciae roller with a rippled surface. There is also the new Redondo® Ball Plus, a medium-sized gymnastics ball which makes even more versatile training positions possible, and the Balanza® Ballstep®, an optimal balance trainer for any fitness level. With the awarding of the seal “Aktion Gesunder Rücken” (an organisation promoting healthy posture for a healthy back), an independent jury of doctors and scientists confirms the back-friendly and health-promoting effects of the product.

Training equipment for health, fitness and sport by the premium manufacturer TOGU can be tested by visitors in Hall 7 at Stand B03. In addition, this year the TOGU Fitness Show Act can again be seen regularly on the FIBO Passion Stage in Hall 5.2.

TOGU Actiroll® Wave – the first air-filled fasciae roller with a rippled surface.
Made in Germany, the TOGU Actiroll® is an air-filled and hard roller which releases tension and blockages using body weight. It is used for fasciae fitness and is particularly robust. The firmness can be adjusted to suit the body weight of the individual with the included easy-to-use pump. Two versions of the TOGU Actiroll® promise a particularly deep massage effect: the Actiroll® Rumble, with nubs on the surface, and the new Actiroll® Wave with a rippled surface. The material is easy to clean, skin-friendly, odour-free and 100% recyclable. 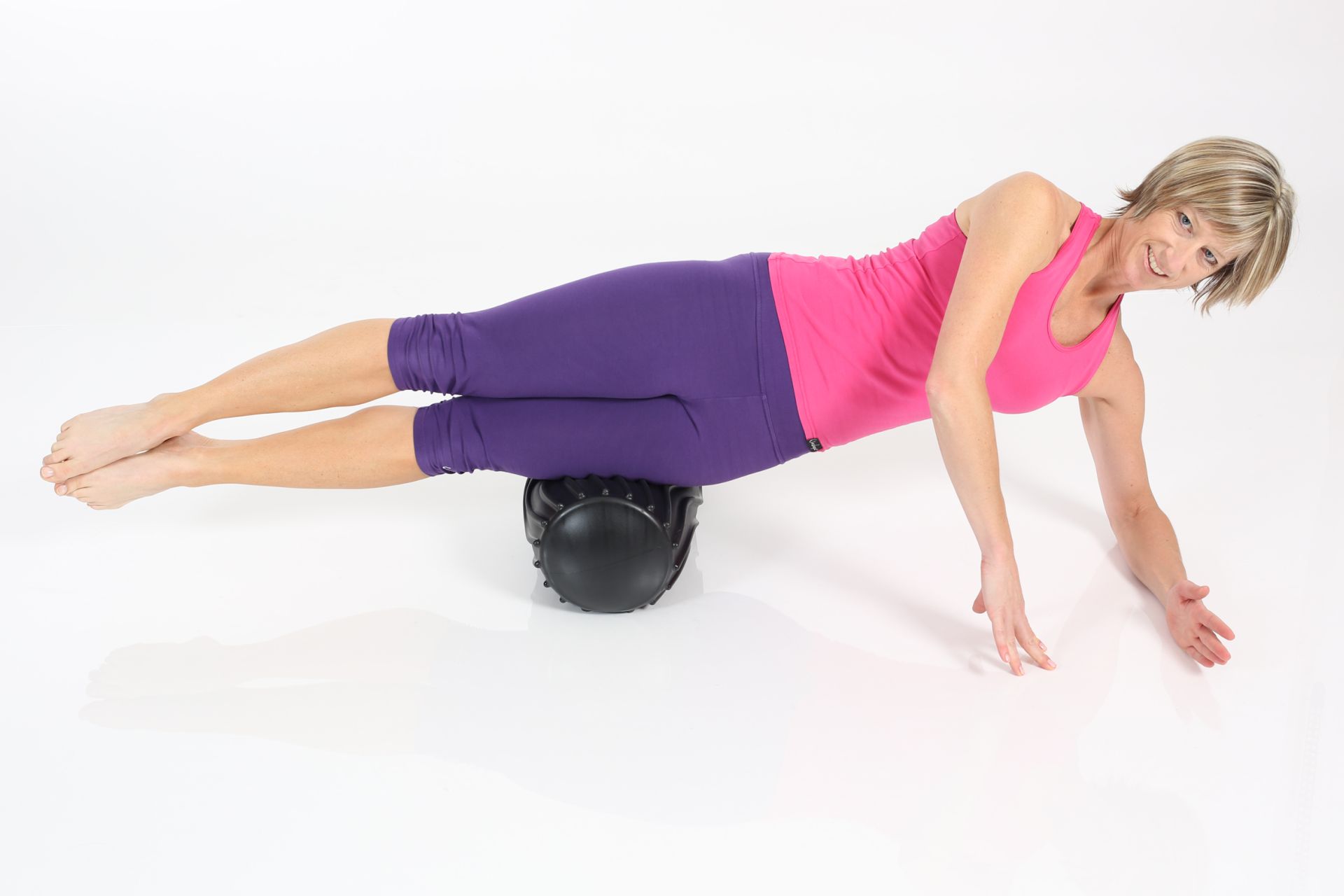 The happy medium – more versatile training with the new Redondo® Ball Plus
The new Redondo® Ball Plus, made in Germany, guarantees safe and healthy training. The new medium-sized gymnastics ball is easy to transport, and places no limits on the intensity or duration of training. The new ball size allows training positions which weren’t previously possible. It has a diameter of 38 cm and weighs 500 grams. This makes it perfect for exercises while sitting or kneeling, but also for momentum and strengthening exercises. The ball has a soft non-slip surface, which means that it can be used as a dynamic support surface and is also well-suited for balancing exercises. This makes the Redondo® Ball Plus a particularly versatile piece of training equipment for increasing general fitness and health. A special extra is that it is quick and easy to fill and deflate without a pump. 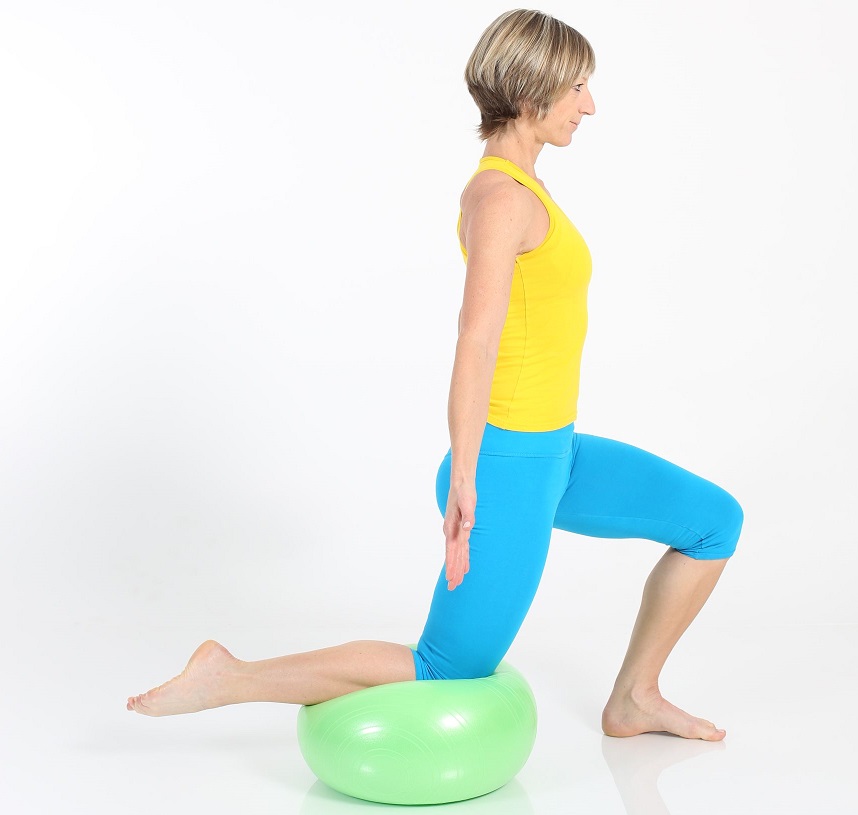 In balance with TOGU – the Balanza® Ballstep® with the AGR seal of approval makes back-friendly and versatile training possible
The Balanza® Ballstep® is part of the successful Balanza® series by TOGU, which focuses on balance and whole-body training. It is made of a specially developed wooden panel on four robust air-filled balls. The constant small movements needed to find balance on these dynamic supports require concentration, coordination, physical awareness and mobility. This dynamism activates deep muscle groups, which are important for a healthy back and the stability of the body. 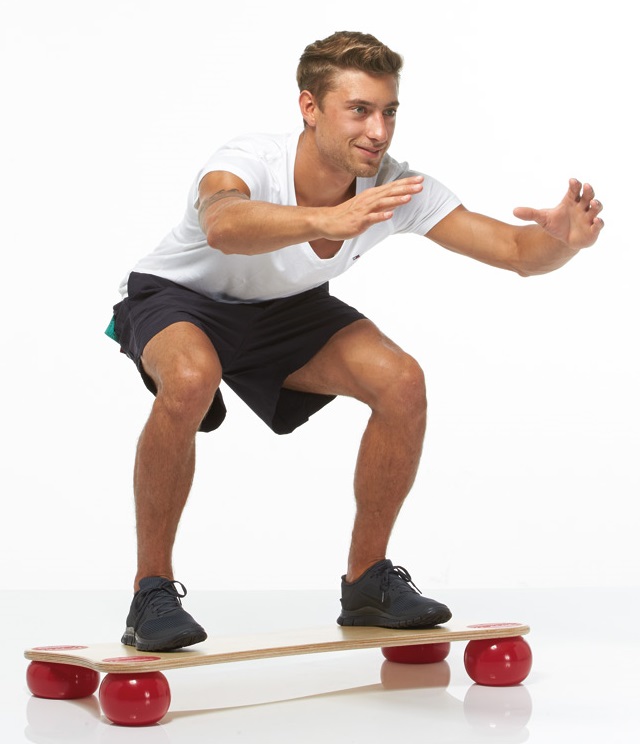 The Balanza® Ballstep® is perfect both for stabilisation and coordination exercises while standing, and also for support exercises. With balance training on the Balanza® Ballstep® you also train the muscles which are responsible for the flexibility and stability of the joints. The torso and back muscles are also strengthened. This means that back pain can be avoided before it occurs.