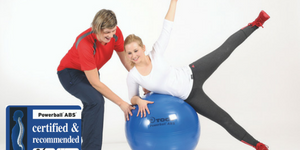 It’s a well known fact that a large gymnastic ball and ball cushion are ideal for training the back and trunk musculature, as well as being a back friendly way of sitting in everyday life. However what is less known is that conventional gymnastic balls burst explosively if they are damaged during use, which can constitute a considerable safety risk.

In an interview with physiotherapist Michaela Kreitmair, we explored the issue of the burst safety of large therapy balls.

Question: You work with the ABS balls. Why?

MK: In my work there have always been situations where balls have burst during use. So I started looking for a safer alternative, and I have only found it in the ABS models of TOGU.

I always ask my patients: Would you drive your the car without an airbag? Using a safety system in a car is viewed as completely normal.

Question: What is the difference to other balls?

MK: When I first saw the Powerball with the original ABS, I felt like a lot of other people –     you can see no difference when compared to an ordinary gymnastic ball . However you can feel that the material is different.

If the ball is damaged by objects such as a e.g. sharp edge, needle, glass splitter, scissors, etc., the specially developed material prevents it from tearing open. The air passes slowly through the hole. A burst is impossible and injuries caused by an unexpected fall are avoided.

Question: Why do I read on conventional balls that they are burst-proof or “burst-resistant”?

MK: This is where it’s worth taking the time to read the small print in the manuals. Look for the ABS® sign. Only then is it an AGR-certified original ball from TOGU. Other producers often rule out the burst safety in case of damage in the instructions. An equivalent example would be that of a swimming arm band that is “water-resistant” or “water-proof”. The ABS ball is “burst-proof”.

Question: Is it true that ABS balls deform?

MK: Yes, this is the special characteristic of the material. Depending on the load, the ball may deform a little. Only a deforming ball is an original ABS ball. After use, the ball will return to its round shape.

Question: What else do you have to consider?

MK: To achieve correct functioning of the safety system it is necessary to pump the ball in two steps. An ABS ball is ready for use 24 hours after inflation. This is a more complex process than with conventional balls, but it’s much better for you and your patients.

Question: For whom are these special balls suitable?

MK: ABS balls are ideal for anybody who place safety as their first priority. Regardless of what they use the ball for. Whether it’s football professionals, pregnant women, weightlifters, seniors, children, …

Question: Is safety the only advantage?

MK: The material is very skin-friendly, latex-free and contains no forbidden emollients. I also support a sustainable product from the region that is 100% recyclable. TOGU GmbH is a specialist in air-filled training and therapy devices, and has been producing in Prien am Chiemsee, Germany for more than 60 years. 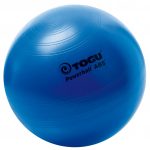 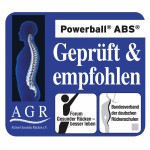 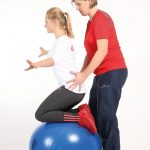 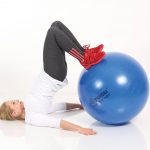 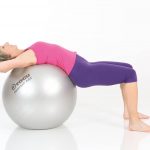 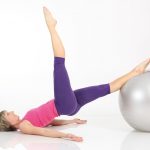 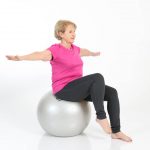 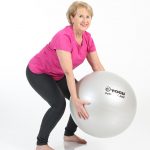 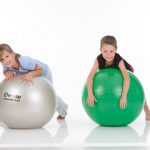 The idea of a safety tested ball came about when a weightlifter was seen training with a 100kg dumbbell over his face on a simple large fitness ball. At that very moment, it became clear that a special material was needed to avoid dangerous accidents, regardless of the benefits of being dynamic training devices. This was the birth of the ABS system and the world’s first safety tested gymnastics ball in Prien am Chiemsee.

Pilates – a training concept with tradition and modernity
20. June 2022